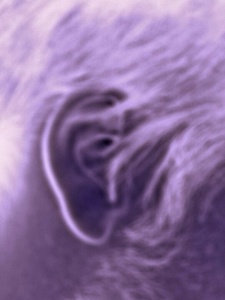 It comes like a thief in the night as the realisation creeps up on you. The realisation that you may never again know silence. Could tinnitus and hearing loss be a musicians worst nightmare?

The short answer is yes, but this post is going to attempt to put a more positive spin on tinnitus and hearing loss and also to quell any common misconceptions.

I have been no stranger to loud noises. Self inflicted audio abuse was one of my favourite pastimes. I used to gig three or four times a week and in between I would spend many hours sat in front of speakers producing electronic music. And when I wasn’t rehearsing or recording or performing, I would be working behind the bar in a live music venue. Music’s awesome and I couldn’t get enough of it.

I remember after one particularly loud rehearsal we had in my cellar (an old man from all the way down the end of my road came to complain…) I noticed a faint ringing sound. A ringing sound which lasted for about a week. I was relieved when it had passed, but it was only to be the beginning…

Over the next four years or so it slowly worsened and became even more of a ball ache, but it was manageable. Then one evening after playing at a reggae event, the ringing sound was so loud, I literally did not know how I would cope, or what I would do if it got any louder.

Anyway, during those four years I had regular hearing tests and I had lost a significant portion of my top-end frequencies. Conversation became difficult as ‘esses’ and ‘tees’ became ever more elusive. I had to stop the music…

Needless to say this wasn’t a happy time. But it was a transitional time that would prove to be one of the most important things to happen to me.

It was around this time that I started Tinnitus Retraining Therapy (TRT) free on the NHS. I’ve heard that TRT doesn’t work for everyone, but for me it was nothing short of life changing.

My therapist asked me to imagine living in a hot country where dangerous snakes lurk around every corner and could pounce at any moment. Where hearing the ‘sss’ of a snake could save my life. The brain, knowing that the awareness of a snake in the room could be a matter of life and death, does something curious. It amplifies the sound and engages the bodies fight or flight mechanism allowing me to live to see another day. Good job brain.

Now without getting too sciencey, the tinnitus is the snake…

I’ll let that hang in the air for a moment for cinematic effect.

Every time I came back from a gig and as I prepared for sleep, I’d hear that damn snake ringing loudly in my ears. You can imagine the profanity… In my mind I had made the connection that I was hearing that ringing sound because my hearing had worsened. Every single time after a loud noise exposure, I’d become aware of the tinnitus and the fear of losing yet more hearing would encapsulate me. Now my brain had noticed the importance I had put onto tinnitus, and how it was a matter of saving my hearing, so it cranked up the volume of the snake.

Now something was flawed in my way of thinking. After another couple of years of regular hearing check ups, my hearing had barely changed. However the tinnitus was louder than ever. This suggested that tinnitus was more of a mental issue rather than something physical.

I mentioned ear protection earlier. As I became more and more cautious, I started wearing ear plugs when going to watch acoustic performances or when going to the pub (if it was particularly rowdy). When I’d take the tube I’d plug up too. The thing is, this added to my anxiety of losing more hearing. And as I blocked out more and more of the noises from the outside world, guess what happened? My perception of the noises in my head became more refined. In addition, I started to suffer from hyperacusis which is where some sounds becomes unbearable or even painful.

I needed to unplug. The truth is our ears are capable of dealing with loud noises (up to a degree) and do recover providing we give them plenty of breaks. Take the London Underground for instance, according to this BBC article
some trains peak at 118dB. So why aren’t Londoners going deaf left right and centre? This 118dB is not constant and the fact that you pull into a station every couple of minutes or so, allows the ears time to recover.

This is not to say that earplugs are a waste of time. If you are around loud music for a sustained period of time, then you need to plug up. Just that a more moderate approach is necessary. In the last gigs I did, I used to wear foam earplugs and over-the-ear ear defenders. Not only did this look ridiculous, I couldn’t hear any hi hats or count ins. But even with all this protection everything still felt too loud. This was the hyperacusis coming into play. My tolerance for sound was dropping. 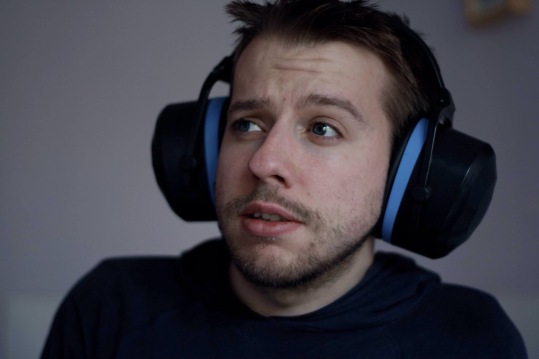 TRT uses Cognitive Behavioural Therapy (CBT) techniques to monitor thoughts so that over time I could see how my mind was responsible for much of my suffering and not just with tinnitus.

You see, every time you have a thought, it makes a footprint in the wet sand of the neural pathways in your brain. The more you have a particular thought, the deeper the footprint becomes, until one day you are only able to walk in those footprints.

As I began to monitor my thoughts and feelings in relation to tinnitus, patterns of thoughts started to emerge. I would often exhibit ‘all or nothing’ thoughts such as “I cannot enjoy playing the piano anymore” or ‘magnification’ thoughts like “I am going completely deaf”. By seeing that these thoughts were false, I was able to counter them with more accurate responses. New footprints. Over time, my reaction to tinnitus began to change and with the science I had learned about the brain and how we perceive sound (the Jastreboff model) tinnitus became less of a problem for me and I am able to enjoy music and social activities like before.

For more detailed information about the Jastreboff model and TRT visit http://www.tinnitus.org/

At about the time I started TRT I began to reassess my mission in life. I made a vision board and came to the conclusion that my life was about music and helping people. As much as I loved dropping a ‘dirty wabwabwab’ in my live drum n bass band, that was not the reason why I started playing music. I started playing music because I loved expressing myself through sound and sharing with others. Somewhere along the way I had lost sight of this and focused instead on whether this tune was commercially viable and if I was good enough to hit the big time.

So when I quit my bands things changed rather rapidly. Out of nowhere I landed myself a sweet job teaching piano in schools. My desire to explore sound led me to acquiring my beautiful Hang and my Native American flutes. The Hang awakened in me the desire to play music in hospices. Playing in hospices allowed me to start confronting some of my repressed memories and emotions. And this has led to me being more whole and happier than I have ever been.

So actually yes, there is life after tinnitus and it’s a bit bloody good.

Check out my new YouTube series on tinnitus and hearing loss for musicians.

Check out my new music for meditation album here.

33 thoughts on “Is there life after Tinnitus?”